I recently put together some material on my work for the University of Melbourne open day. As a teaser for the papers in current preparation, here’s an abstract and some visuals on the project.

While we simply do not know what pollinates many of Australia’s plants, there is good evidence emerging showing Australia to be a global hotspot for bird-pollination. This raises questions about what ecological and evolutionary factors might encourage plant lineages to adapt to use birds as couriers for their pollen. As well, we might ask what the outcomes are when a plant species ties its reproductive fortunes to a bird, rather than an insect.

My project employs custom cameras designed for motion-capture data capture of insect visitors to flowers, in order to demonstrate contrasting bird versus insect visitation in pairs of closely related native shrubs. Fine-scale population genetic analysis in these plants is revealing evidence for systemic differences in the movement of pollen under these different pollinator regimes.

The video below shows bird visitation by a number of honeyeater species, as well as the way in which floral morphology excludes bee pollinators from accessing pollen or nectar in Styphelia stomarrhena.

The videos below show motion-captured footage of the native pollinator of Styphelia xerophyllum, a female native bee (Leioproctus macmillani).

However the flowers are also visited by introduced honeybees (Apis mellifera).

A quick note on plant names: These species recently underwent taxonomic revision, moving them from genus Astroloma to Styphelia. It is rather new, hence the confusion over these shrubs apparently having two names. 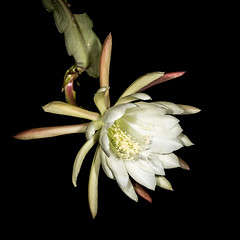 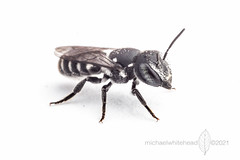 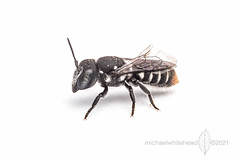 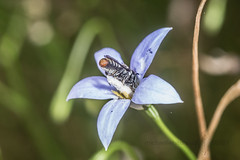