Roses are red,
Violets are blue,
Botany is sexy,
But less so than you.

Along with odour, flower colour is perhaps the most important cue plants use to advertise to pollinators. Change the colour of a flower and that change can have large consequences on which pollinating animals are likely to visit[1]. Bees, for example, are attracted to purple flowers with UV highlights. If that plant were to mutate to white, it could very well find itself being visited by nocturnal moths[2].

In studying plant-pollinator evolution and ecology, it is very important then that we have some objective quantification of the colour of a flower. Human eyes are famously fallible and many insects and birds can see outside the range of our colour vision (400 – 700 nm).

The instrument we use is a spectrometer[3]. It uses optic fibres to bounce an initially white-light beam off the surface you want to measure. The wavelengths of light that are reflected (as opposed to absorbed) determine the colour of the surface you are looking at. The spectrometer collects the reflected light, separates the wavelengths through diffraction and digitises the signal. The result is a graph such as the one above.

In the graph, the wavelength is given on the horizontal axis, while the proportion of reflectance is on the vertical. The rainbow bar above provides an approximation of how the human eye perceives a given wavelength of light. The rose therefore will reflect greatest at wavelengths above 620 nm, the red part of the spectrum. A violet most strongly reflects around 420 – 480 nm. A pure white surface would show high reflectance across the range of the visible light spectrum.

Dedicated to my sweetheart, who for the second year in a row has been alone on Valentine’s.

Kniphofia are red, Agapanthus are blue.

Fieldwork is fun, But I do miss you. 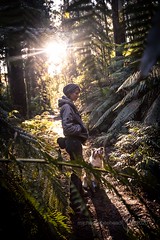 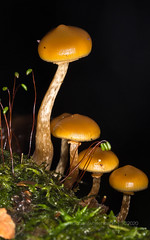